Everyone must have a ticket to enter. Smoking is not permitted in any area of the MPAC. 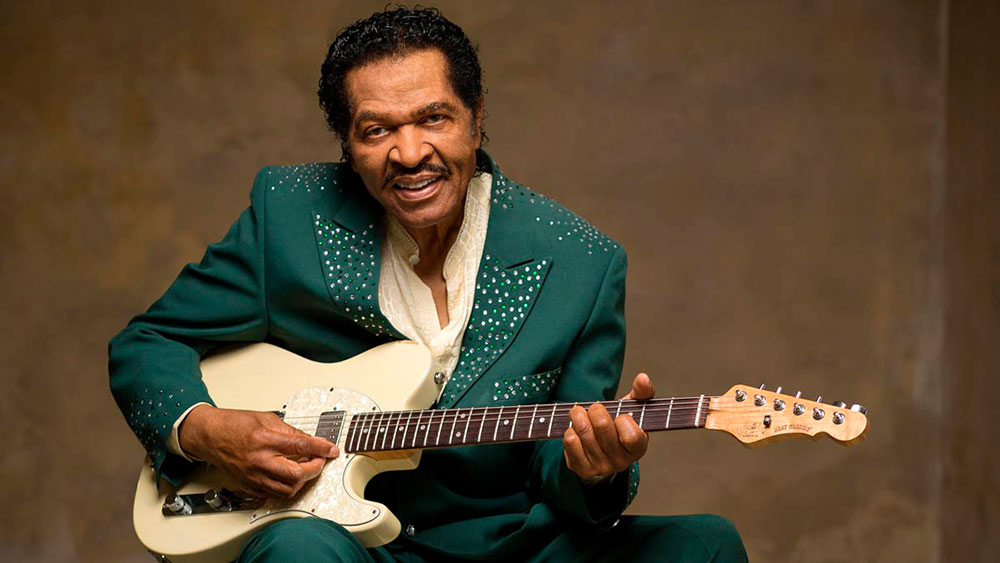 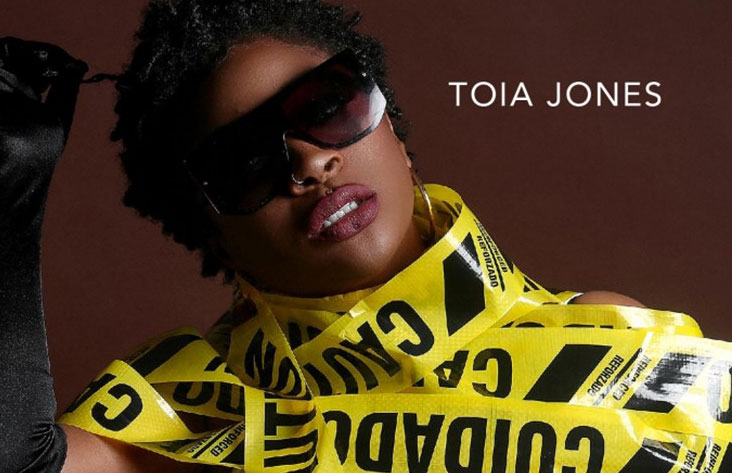 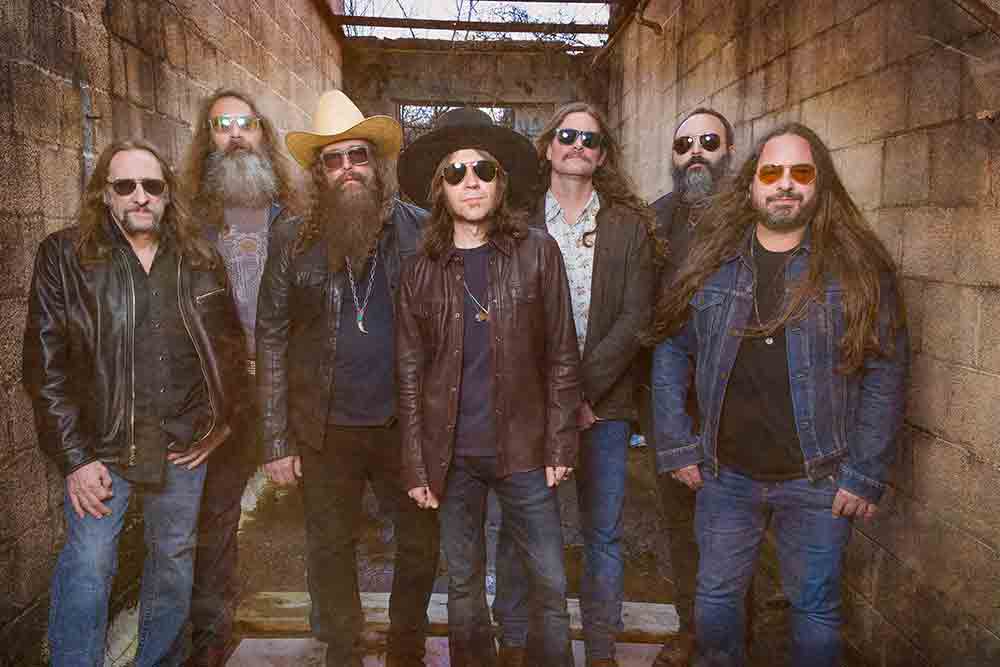 Six String Southern Presents Blackberry Smoke Rescheduled for February 18, 2023 8:00 pm Tickets: $46.50, $39.50, $34.50, $29.50
TICKETS PURCHASED FOR THE ORIGINAL SHOW DATE OF NOVEMBER 4 WILL BE HONORED AT THE FEBRUARY 18 DATE Blackberry Smoke’s Montgomery date on The Whippoorwill 10 Year Anniversary Tour that was originally scheduled for November 4, 2022 at Montgomery Performing Arts Centre has been rescheduled to Saturday, February 18, 2023. Brit Taylor will remain as opening support.

All tickets previously purchased for the November 4 show will be honored at the new show date. If you purchased a ticket to the original show date and are unable to attend the rescheduled date, the deadline to request a refund is December 31, 2022. Ticket sales have resumed and can be purchased at Ticketmaster.com.

ABOUT BLACKBERRY SMOKE
Throughout their prolific career, Blackberry Smoke has released seven studio albums in addition to several additional projects such as Stoned, an EP featuring seven Rolling Stones covers, Homecoming: Live In Atlanta, a live album and concert film, which debuted at #1 on Billboard’s Americana/Folk Album Sales chart, The Southern Ground Sessions, a 6-song acoustic EP and Live From Capricorn Sound Studios, an EP of six covers that have ties to the historic studio.

Since forming in 2001, the band has continued to tour relentlessly, building a strong and loyal community of fans. Their music has also been prominently featured in the hit television show, “Yellowstone” and they’ve performed on NBC’s “Last Call with Carson Daly.” The band also recently partnered with New Realm Brewing to create the Blackberry Smoke American Lager, which has broken sales records in Georgia since its release earlier this summer. In addition to their work as musicians, Blackberry Smoke remains committed to charitable work and has raised over $1,000,000 benefiting children’s cancer research. They also recently formed the Lana Turner Foundation, a non-profit supporting several national foundations committed to curing children’s cancer. Tickets 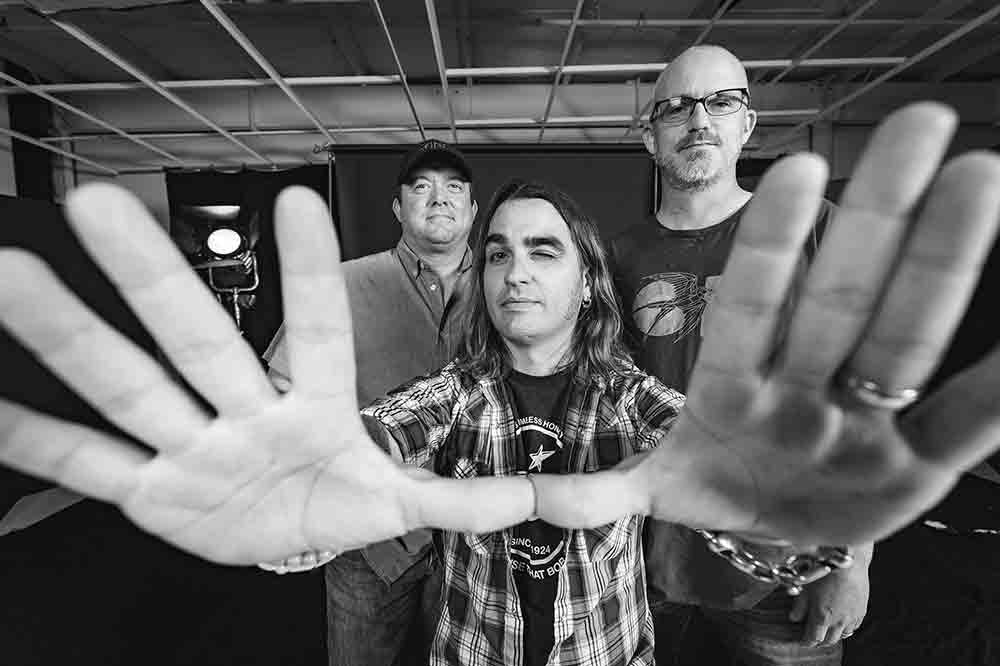 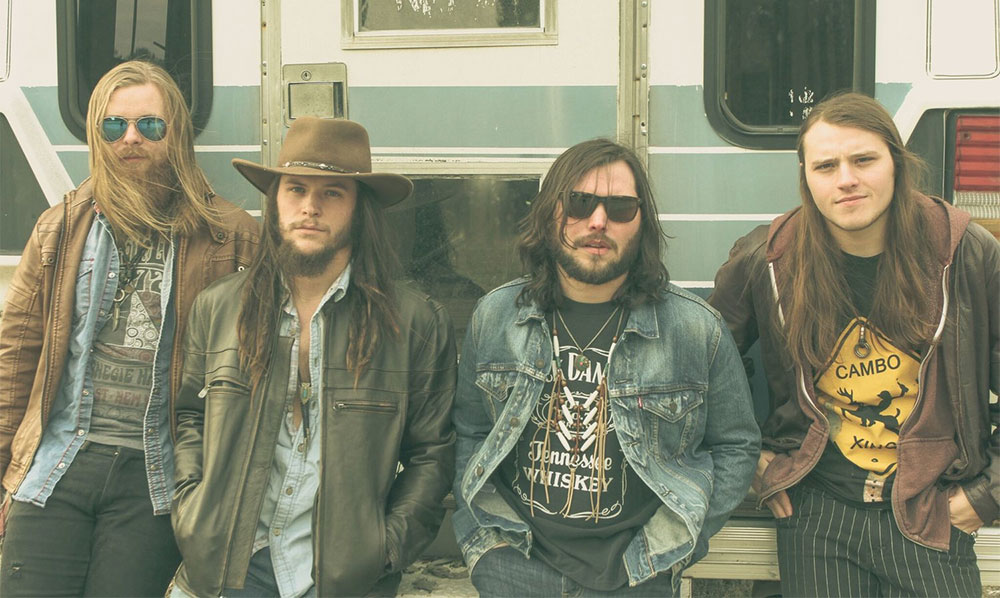 Canada and Plato–bandmates since the inception and through the dissolution of former rock band Cross Canadian Ragweed–join forces with drummer Hansen to round out The Departed. The result is poignant, thoughtfully crafted songs delivered with bold guitars, boomy bass lines and plenty of muscle. The new iteration of The Departed offers concert-goers a well-rounded sonic experience: the Red Dirt ghosts from Canada’s upbringing; the re-emergence of favored Cross Canadian Ragweed tunes; plus a revival of classic country gold from Plato-led vocals.

The Departed is maintaining their foothold as a frontrunner in the Texas music scene while progressively gaining traction across the U.S. Their most recent release, "HippieLovePunk (2015," received positive critical acclaim as a "Top 5 Best-Selling Album of 2015" (Lone Star Music), and produced the singles "InBetweener" and "All Nighter," the latter reaching No. 1 on the Texas Regional Radio Report.

Born and raised in the Bama clay, the boys of Them Dirty Roses are as southern as they come. Taught how to bend a string and break a heart by Skynyrd and Hank, brothers James and Frank Ford along with their hometown friends Andrew Davis and Ben Crain formed the southern rock band known as Them Dirty Roses. Piling into an RV with their belongings, their instruments, and all the whiskey they could carry (in the cooler), they made their way from Gadsden, AL to Nashville, TN. All living all under one roof, Them Dirty Roses are a living example of the quintessential rock and roll American Dream. Their live show calls for a shot of whiskey and a 2 for 1 special -- BUT what that really means is you better be ready to throw back 12 for 6 and shake it with Them Dirty Roses. Tickets 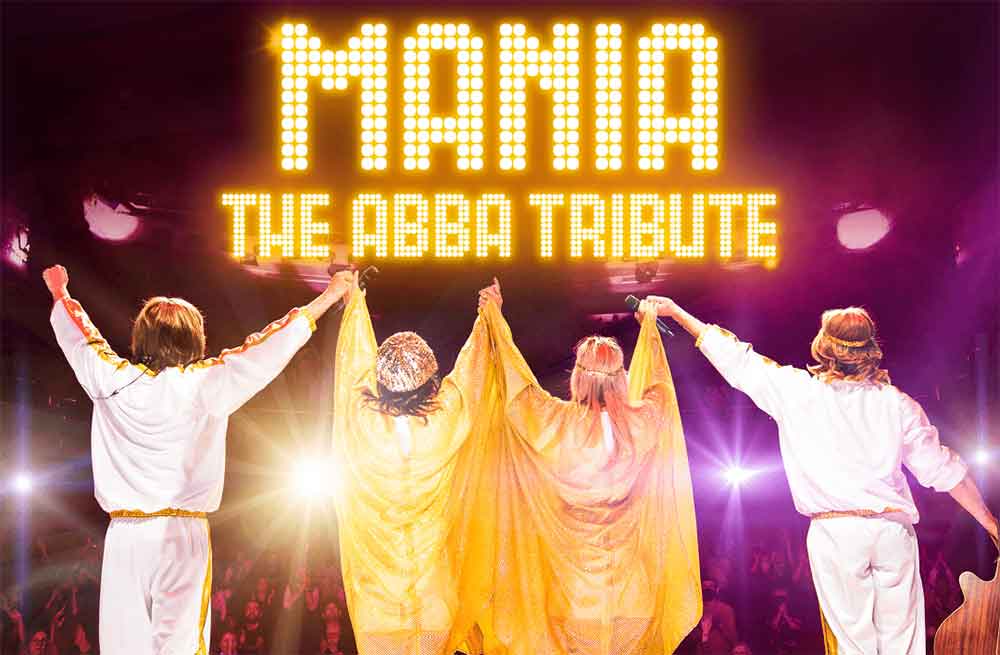 Emporium Presents Mania The Abba Tribute The Ultimate Tribute Saturday, February 25, 2023 8:00 pm Tickets: $62, $52, $42, $32, $22 From London’s West End to Las Vegas, MANIA the ABBA tribute (Formerly ABBA MANIA) remains the world’s No. 1 touring ABBA tribute show. Formed in 1999, this production has sold out theaters and concert halls across the globe, with over 3,000 live concerts in over 30 countries, bringing the music of the beloved Swedish supergroup to 3 million people.

In an exhilarating, two-hour recreation of one of ABBA’s most memorable concerts, MANIA brings to life the flamboyance of the ‘70s. This includes all of the uplifting, dance-inducing and sometimes heart-breaking songs from the iconic Swedish band, with fantastic costumes, staging, lighting and effects.

MANIA recently toured the United States for the 10th time with an impressive 37-date national tour, selling over 50,000 tickets and visiting 18 states.

For lifelong ABBA fans, as well as new generations who never had the opportunity to see the band live, MANIA provides the perfect excuse to party, relive memories and simply feel entertained with the best music ever.

So dig out those platforms, dust down those flares and enjoy all your favorite hits, including "Mamma Mia," "Voulez Vous," "Dancing Queen," "Winner Takes It All," "Waterloo," "Fernando," "Super Trouper" and many more. For more information visit: maniatheshow.com. Tickets 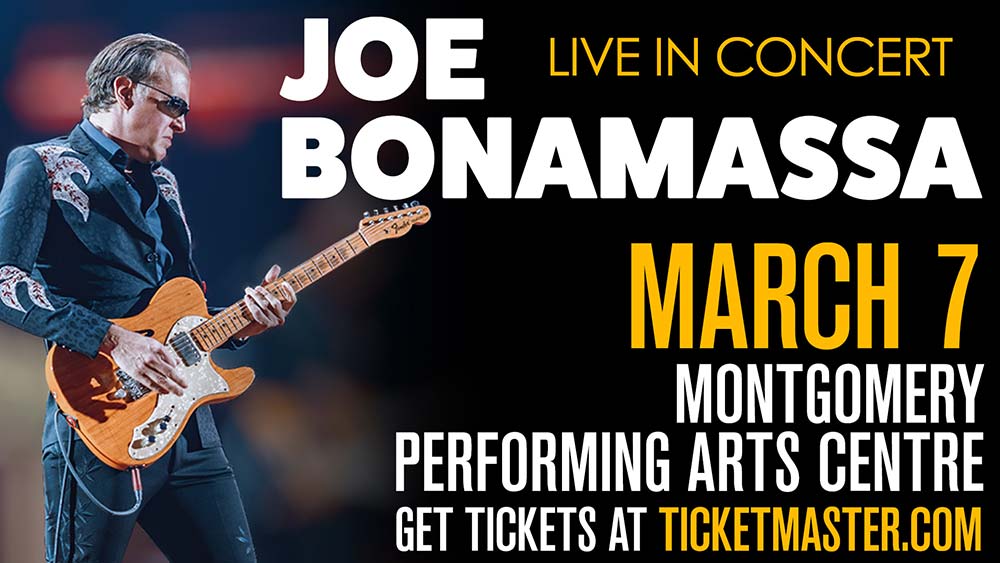 Guitar Event of the Year Joe Bonamassa Presented by Grand Brulot Tuesday, March 7, 2023 8:00 pm SHARP Tickets: $199, $149, $99, $79, $59 Blues-rock superstar Joe Bonamassa is one of the most celebrated performing musicians today. A three-time GRAMMY-nominee, Bonamassa earned his 25th No. 1 on the Billboard Blues Album Chart, with his latest studio album Time Clocks.

Cited by Guitar World as "arguably the world’s biggest blues guitarist," Bonamassa is known for taking risks and venturing into uncharted territory throughout his wide-ranging career, and his latest studio album Time Clocks marks his most raw, rocking album yet, with American Songwriter sharing, "Bonamassa pushes into fresh territory while staying within a blues-based framework," and "there is more than enough proof in this sprawling set that Bonamassa doesn’t intend to rest on his laurels or take his star status in the blues-rock genre for granted."

Bonamassa earned his third GRAMMY nomination with 2020’s Royal Tea, recorded at the legendary Abbey Road Studios and bringing Bonamassa full circle: reconnecting the guitar-slinging kid who stumbled across the best of British-blues in his dad’s vinyl collection to the player he is today. That same year, Bonamassa delivered a groundbreaking live performance from the legendary Ryman Auditorium in Nashville, where he played Royal Tea in its entirety to over tens of thousands of people across the globe via livestream, recording the full set for the live concert film and album Now Serving: Royal Tea Live From The Ryman, released in 2021.

Bonamassa also runs Keeping the Blues Alive Foundation, a non-profit that promotes music education and blues music by funding scholarships and providing music education resources to schools in need. To date, the foundation has provided schools and teachers with over $1 Million and has positively impacted 74,000 students in all 50 states. Tickets 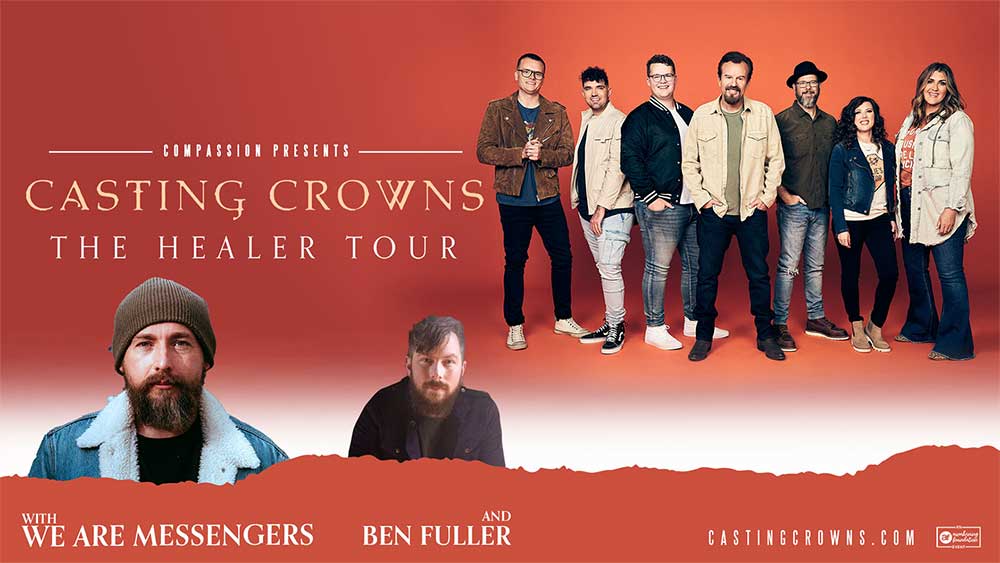 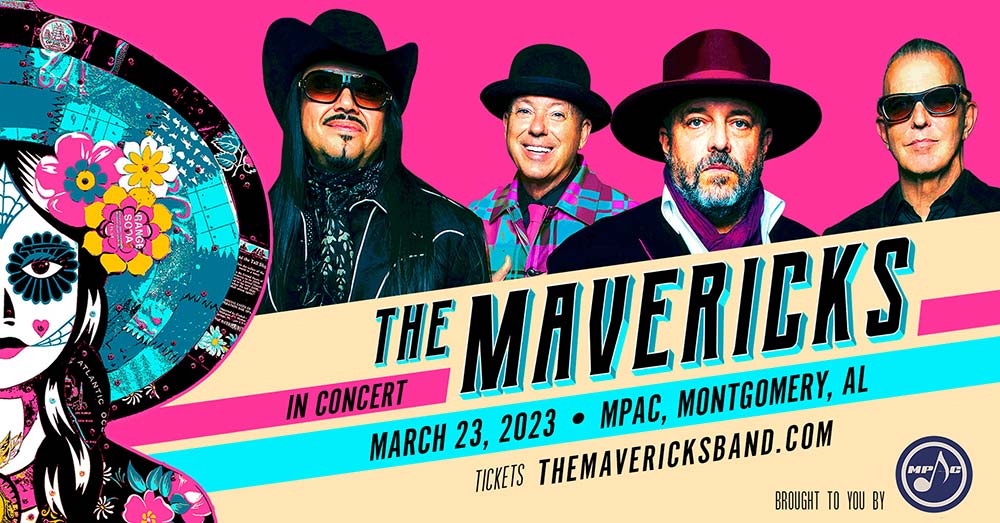 The MavericksThursday, March 23, 2023 7:30 pm Tickets: $45, $42, $37, $32The Mavericks, the eclectic rock and country group known for crisscrossing musical boundaries with abandon, has gone through three distinct phases since it was founded in Miami in 1989. An initial period of heady success marked by big hits and critical acclaim in the ‘90s. A long hiatus starting 2003 when the musicians each went their own way. And finally, a triumphant reunion in 2012 which held long enough for them to recently celebrate the band’s 30th anniversary. Tickets 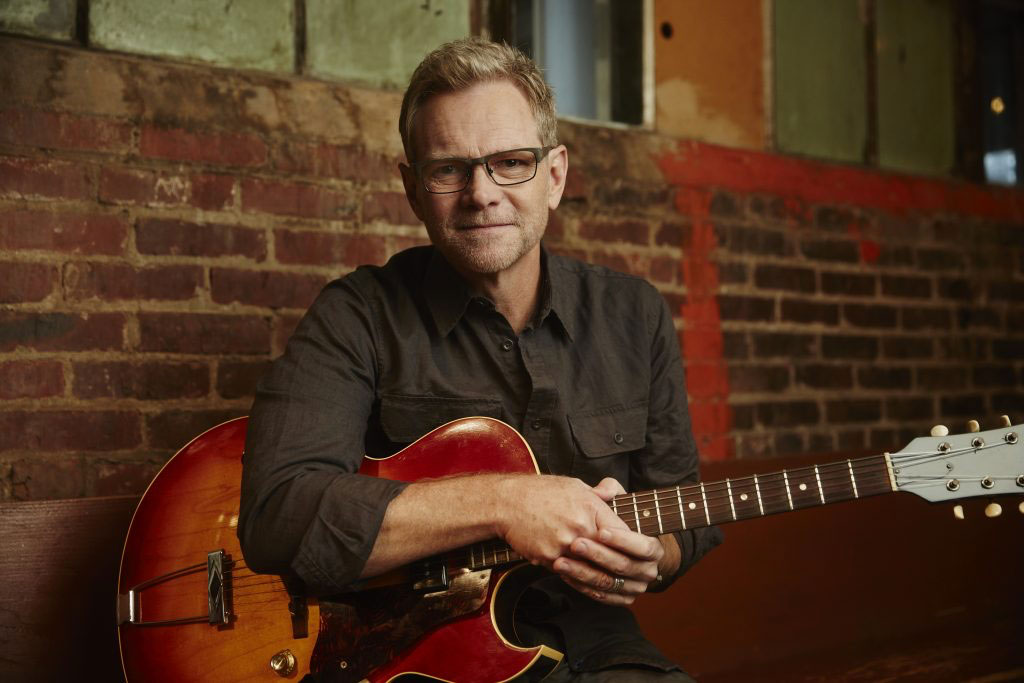 An Awakening FNDN Event Steven Curtis ChapmanThursday, March 30, 2023 7:00 pm Tickets: $75, $59.75, $49.75, $39.75, $29.75, $19.75 Steven Curtis Chapman is bringing brand new music on his upcoming tour, "Still". Join us this Spring as SCC encourages you through his music and inspires you through his stories. But don't worry, in addition to new music he will "still" be playing some of his well-known favorites you’ve enjoyed over the years! Tickets 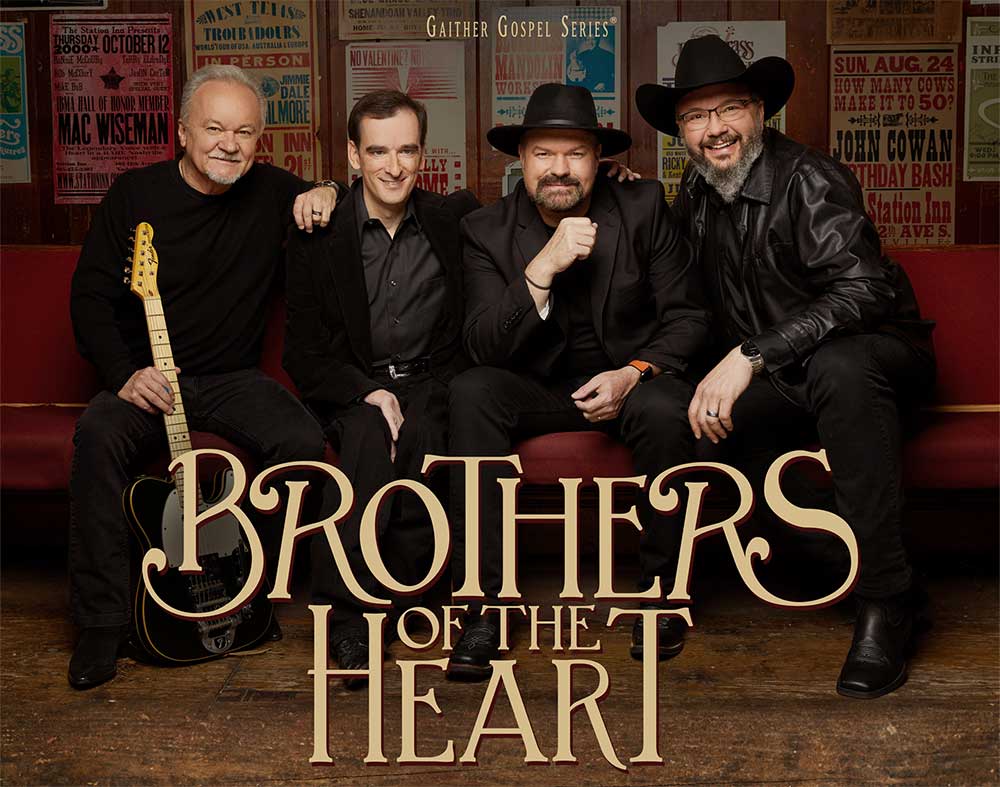 Brothers of the HeartThursday, April 6, 2023 7:30 pm Tickets: $47, $42, $37, $32, $27What began as four award-winning, talented friends making music together has quickly become a nationally-renowned band. On their anticipated, sophomore release Listen To The Music. Brothers Of The Heart (Jimmy Fortune, Ben Isaacs, Bradley Walker, Mike Rogers) reimagine country, gospel, and pop classics. They showcase impeccable arrangements and seamless harmonies and remind us of the joy of listening to great music. Tickets 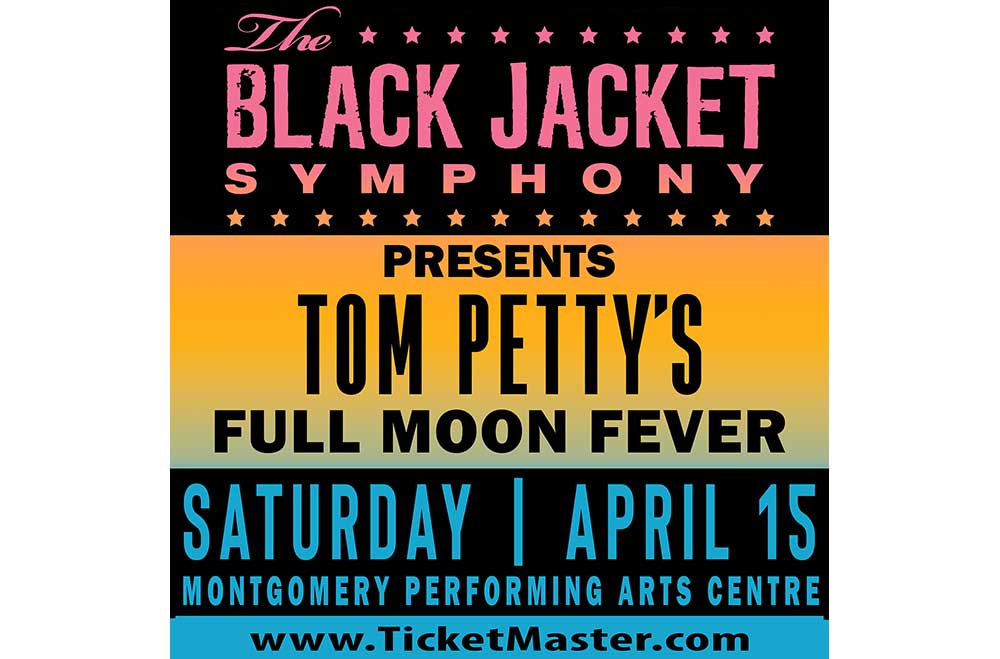 The Black Jacket Symphony PresentsTom Petty's
Full Moon FeverSaturday, April 15, 2023 8:00 pm Tickets: $35Remember putting on an album and listening from start to finish? Relive that moment with a live concert experience unlike any other as The Black Jacket Symphony recreates a select classic album live in its entirety—note for note, sound for sound—plus a full set of greatest hits from the evening’s artist. Over the past thirteen years, the Black Jacket Symphony has performed over 40 classic rock albums, bringing an incredible night of entertainment to over a million music lovers across the US. The group of hand-picked musicians changes based upon the album being performed—and no sonic detail is overlooked, with the musicians doing whatever it takes to reproduce the album. It’s a full night of rock and roll magic—plus a visual experience unlike any other. Fans across the country flock to their shows—and once you see one, you won’t miss another! Tickets 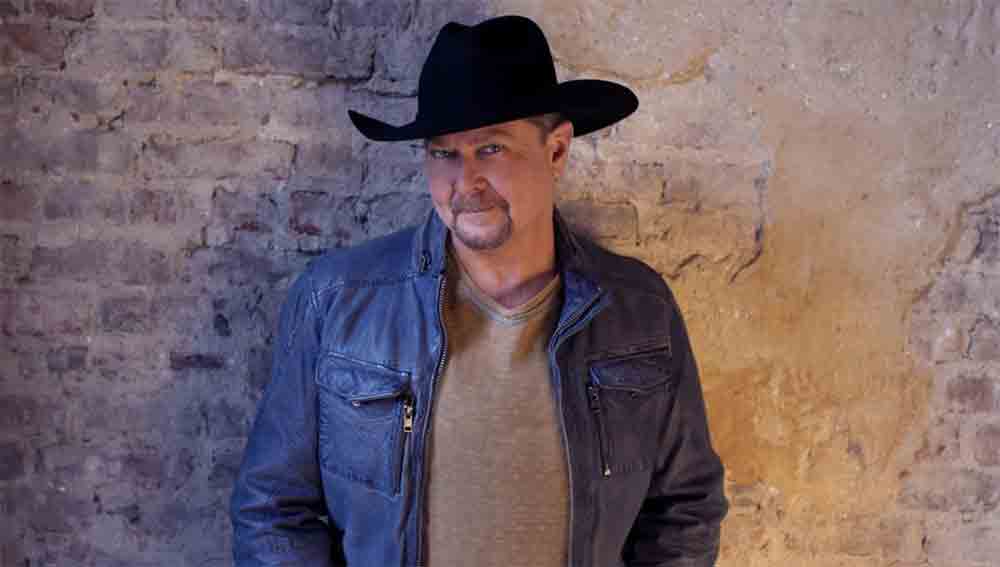 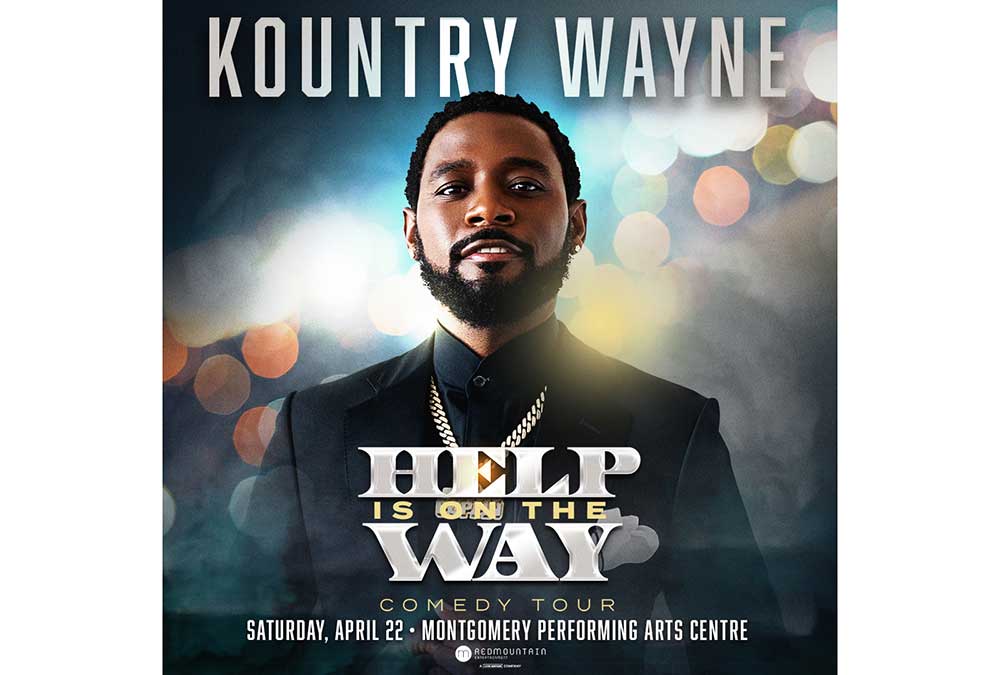 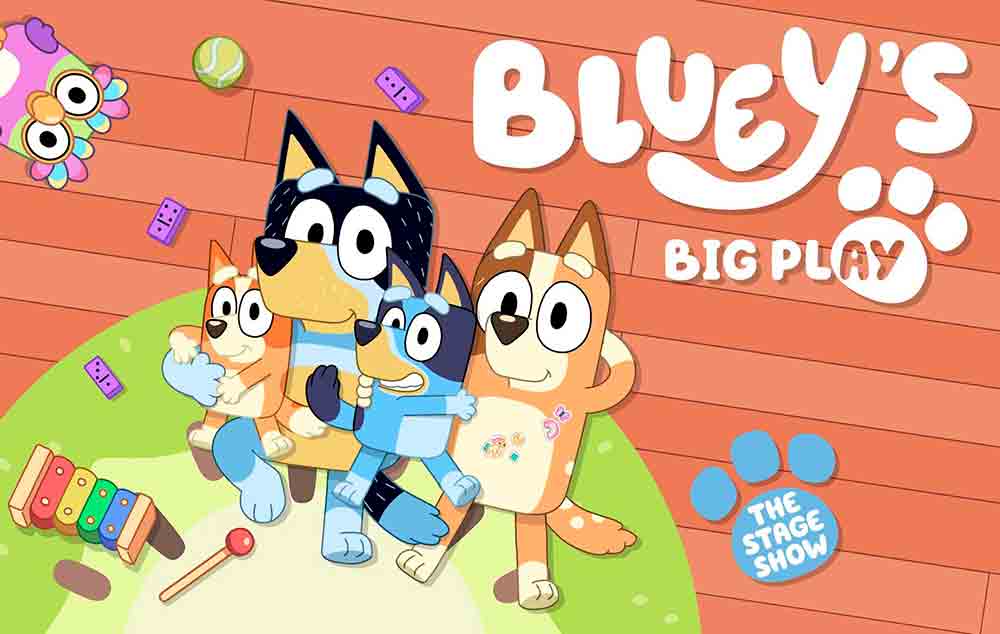 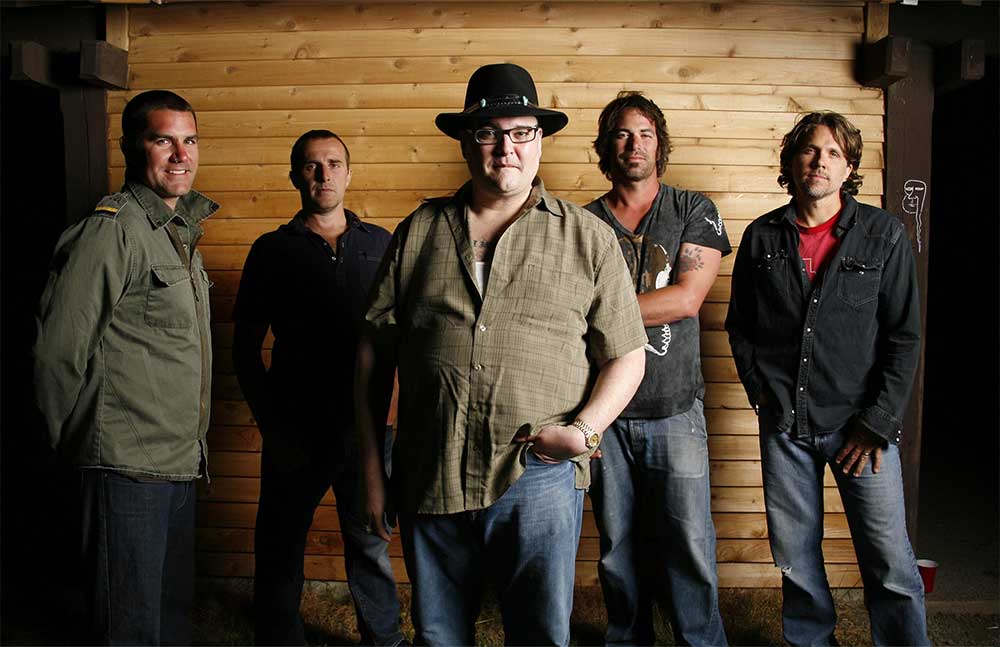 Blues TravelerFriday, May 5, 2023 8:00 pm Tickets: $67, $57, $47, $42Blues Traveler is an American rock band that formed in Princeton, New Jersey in 1987. They are known for extensive use of segues in live performances and were considered a key part of the re-emerging jam band scene of the 1990s. Tickets 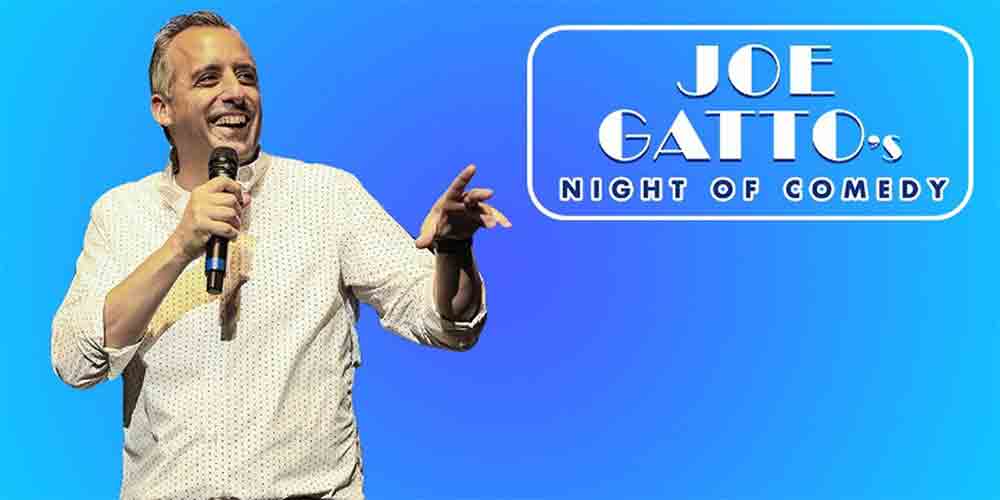 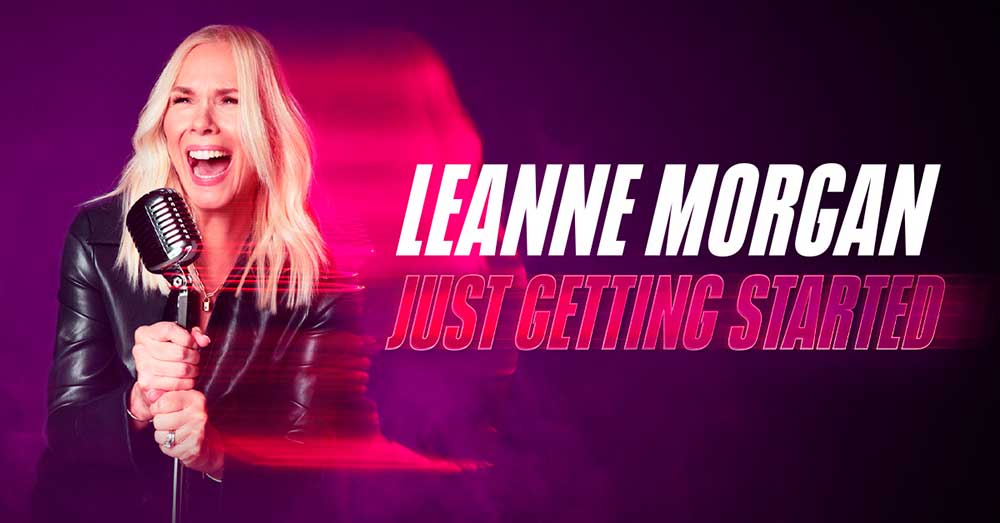 Leanne’s comedy has landed her at the prestigious Just For Laughs Festival in Montreal and has brought her development deals for her own sitcom with ABC and Warner Brothers, writer/producer Matt Williams (Rosanne and Home Improvement), TV Land and with Sony Television.

Leanne has garnered over 2 million followers across social media and her popular stand-up special, So Yummy has reached over 50 million views on YouTube.

Her fan base continues to grow with her relatability as she discusses everything from being a housewife, sharing Jell-O recipes to having a new grandbaby. She has appeared on The Kelly Clarkson Show, The View, Nick at Nite’s Funniest Mom and toured with the Southern Fried Chicks.

Now that her three children are grown, Leanne is currently on The Big Panty Tour for her 100-city theater run across the North America with Outback Concerts. Tickets 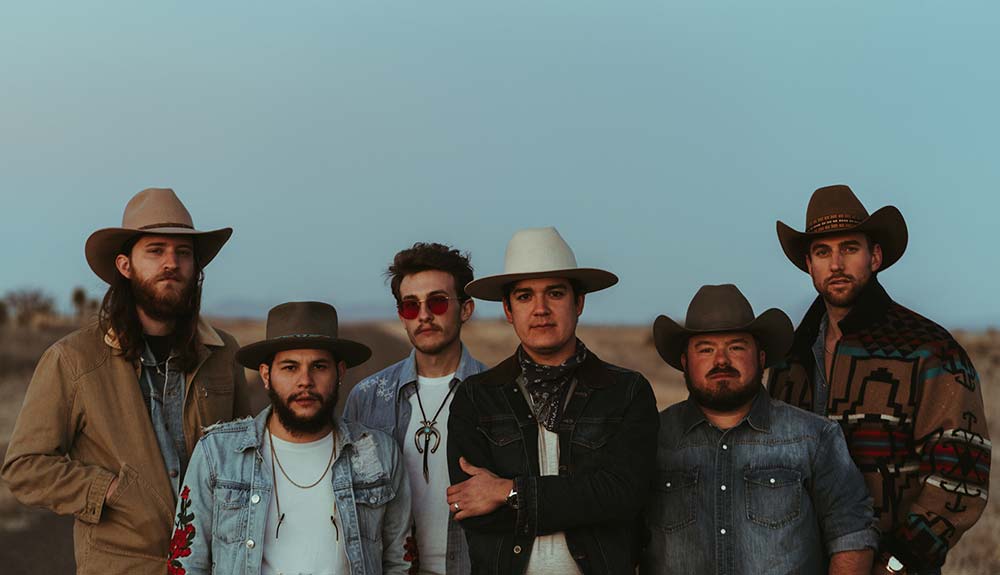 Flatland CavalryThursday, July 13, 2023 7:00 pm Tickets: $39, $34, $29, $24Flatland Cavalry is breaking out into a gallop. After years of hot trotting across their native Texas, the country outfit is primed for a breakout with the release of their third full-length album, the sonically sprawling and wistfully written Welcome to Country land. Tickets 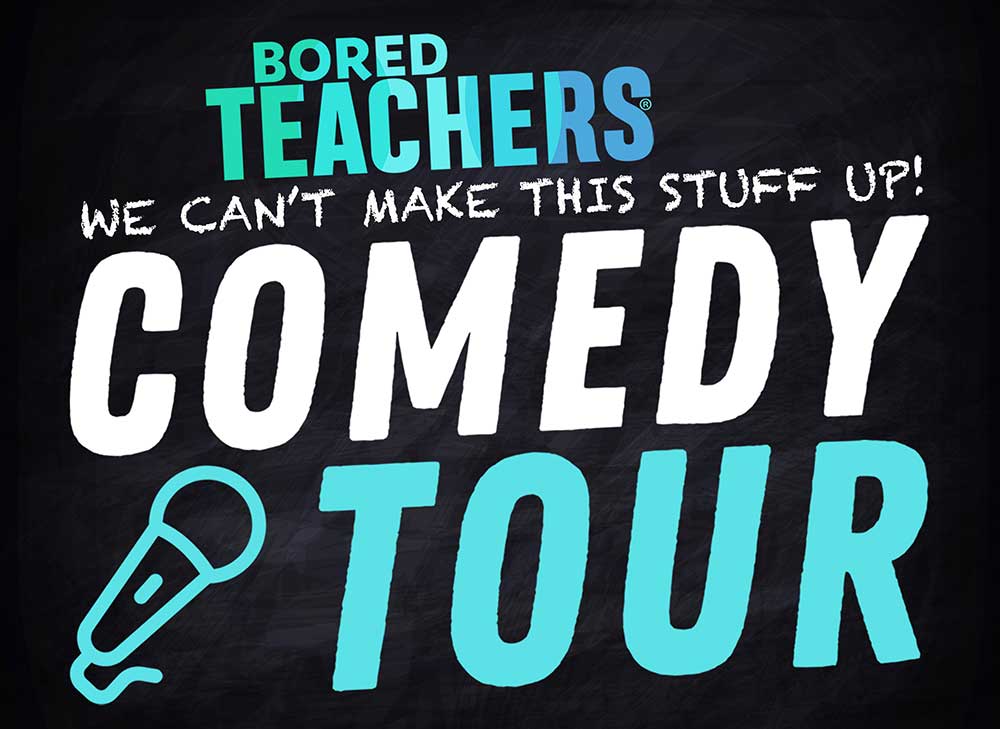 MPAC Live PresentsBored Teachers Comedy TourSaturday, August 5, 2023 7:00 pm Tickets: $52, $42, $37, $33
VIP add on available at check out (limited availability)
On sale to MPAC Members February 8; on sale to public February 10The biggest entertainment platform for teachers in the world, Bored Teachers, presents the funniest teacher-comedians in the world all on one stage. Their hilarious skits have amassed hundreds of millions of views on the internet, and they're all joining comic forces on the stage for a night of laughter you do not want to miss. Put that red pen down, pause that Netflix series you've been binging, throw on your comfiest teacher tee, call your teacher besties, and come burn off some of that stress this school year has been dumping on you!

VIP Package
VIP package includes a VIP laminate to skip the line to the meet & greet to meet your favorite teacher-comedians, take photos, get autographs, and get a complimentary souvenir BT Comedy Tour VIP lanyard/badge.